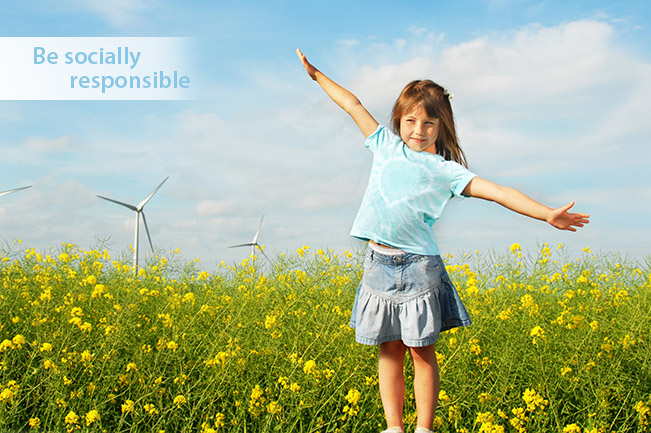 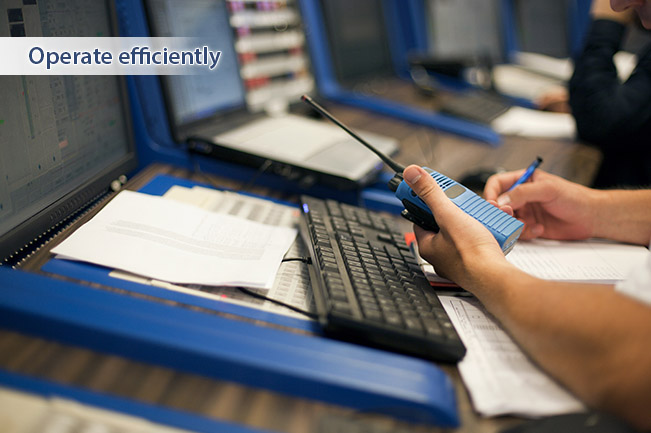 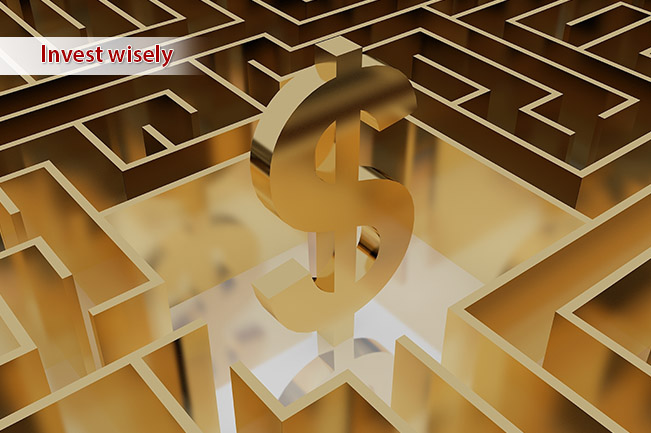 How will the electricity market of the future work?

Our energy destinies rest in the hands of governments – and this is particularly true in power markets.

Morgan Stanley is the latest global financial institution to pledge to source all its electricity from renewable energy.

German power group EnBW plans to ditch conventional power plants and focus on renewables, networks and distribution. But its plans are less radical than some rivals.

Siemens Gamesa is to supply its 8MW turbine to a trio of French offshore wind farms, rather than the Adwen 8MW machine which will now be discontinued.

Developers wishing to participate in the next 1GW onshore wind auction in Germany will need to register projects by 11 October.

WORLDWIDE: The move to auction mechanisms in the global wind industry has caused Make Consulting to downgrade their outlook for the sector to 2026 by 6GW.

While markets' transition to an auction environment have led to a "significant amount" of wind power capacity being awarded, the shift has created uncertainty and temporary inertia, Make concluded in its Global Wind Power Market Outlook Update.

Vestas has signed an agreement with the Ulyanovsk Regional Development Corp confirming that it is to set up a blade manufacturing facility in Russia.

Renewables forecast to provide nearly half of global energy by 2050

WORLDWIDE: Renewable energy will make up nearly half of global energy supply by 2050, risk management advisors at DNV GL have predicted.

Germany has awarded just over 1GW of wind capacity to 67 projects in its second onshore tender.

Sweden has agreed to cut taxes on nuclear power generators and allow for the construction of new reactors but policymakers have yet to work out how that fits with a commitment to using 100 percent renewable energy.

Nuclear power has been falling out of favor in Europe ever since the Chernobyl disaster in 1986. Italy has closed all its reactors.

Dr Alastair Martin: Powering up for a flexible future

Europe’s most efficient gas power station, near Munich, is in mothballs. The ending of power generation at Longannet was one of a long series of closures, which has not yet run its course.

Nissan and power management provider Eaton on May 10 said they are working together to release a new residential energy storage system that they claim will be “the most affordable in the market today.”

Nothing at All from Coal, Oil or Nuclear

• The assets, located in the provinces of Seville and Jaen, are valued at 57.2 M€.

• This operation is part of Abengoa´s recent divestment policy and represents further progress in the feasibility process the company is carrying out.

Vestas Wind Systems A/S is targeting a high-end niche in the Chinese wind industry with a new strategy to take on the world’s largest renewable energy market that is also infamously difficult for foreign companies.

We know that commercial and utility-scale solar installations are ringing up impressive numbers of megawatts.

Listen Up: How Do Solar Companies Find Their Customers?

According to a recent study, residential solar installation costs in the U.S. were basically unchanged from Q4 2014 to Q4 2015.

After months of financial pressure, Spain’s renewable firm Abengoa announced that it had received a seven month grace period from creditors as it explores options for reorganization without seeking bankruptcy protection – outside of the U.S, at least.

Is Nuclear Power A Renewable Or A Sustainable Energy Source?

Nuclear power is presently a sustainable energy source, but could become completely renewable if the source of uranium changed from mined ore to seawater.

Will Renewables Revolutionize The Utility Industry?

As part of the ongoing struggle between conventional utilities and providers of renewable energy, advocates of Cleantech (notably solar and wind) are arguing that the utility industry is undergoing the kind of disruptive change that other industries have experienced, such as the way cellular phone technology turned the telephone monopoly into a vibrant, competitive industry.

Siemens on March 10 said it has reached an agreement with the Moroccan government that will allow the company to build a wind turbine rotor blade factory for onshore wind turbines in Tangier.

“Made in Germany” should mean money for companies tapping Iran’s underdeveloped but potentially enormous solar market, according to a government-commissioned report.

Canada's First Ministers last week released a declaration on clean growth and climate change they say will move the country toward a pan-Canadian framework that would meet or exceed Canada’s international emissions targets.

Almost 100 million households worldwide may be powered by solar panels by 2020, according to Bloomberg New Energy Finance.

Energy storage technologies may save U.K. consumers as much as 2.4 billion pounds ($3.35 billion) a year by 2030, according to a new report funded by three utilities.

Statkraft AS and partners including a Credit Suisse-backed fund will invest 1.1 billion euros ($1.2 billion) in wind power in central Norway, reviving a project after bringing down costs and boosting capacity.

Gamesa Corp. Tecnologica SA of Spain and Siemens AG are in talks to merge wind power units, a combination that could create the world’s largest wind turbine maker.

US Wind Industry Sees Its Second-Best Quarter Ever

With the addition of 5,001 megawatts in the fourth quarter of 2015, total wind energy capacity in the U.S. is now just shy of 75 gigawatts, according to the latest market report from the American Wind Energy Association (AWEA).

In 2015, major energy companies were still trying to navigate a systematic re-orientation of electricity markets. NRG, E.ON, RWE and Enel all amended their corporate structures to address broader changes in the sector.

Last year shattered 2014’s record to become the hottest year since reliable record-keeping began, two U.S. government science agencies announced Wednesday in yet another sign that the planet is heating up.

Energy Storage Industry Off and Running in January 2016

With almost 3 GW of energy storage capacity either in operation or planned, analysis firm IHS believes the energy storage market will rise significantly in the near future.

Doubling the share of solar, wind and other renewables in the energy mix would boost global economic growth by as much as 1.1 percent by 2030, according to the International Renewable Energy Agency (IRENA).

Google: Here's When Our Self-Driving Cars Turned Over the Wheel

After more than a year of collecting data on every mile driven by its fleet of autonomous-drive test cars, Google is giving us a better sense of how often those cars disengaged or reverted to manual driving mode.

The US solar industry added more than 35,000 jobs in 2015, growing the workforce by more than 20 percent for the third year in a row.

Listen Up: The Push Towards 100 Percent Renewables With Clint Wilder

Mankind has been in an energy transition ever since two cave-boy scouts rubbed two sticks together and created fire.

New statistics from grid operator National Grid show that 2015 was a record year for wind energy generation in the U.K.

The cost of installing energy-storage systems is expected to decline 41 percent over the next five years as key components get cheaper, according to a report by GTM Research.

The Take Away on Cost: How Geothermal Can Compete with Solar

As executives work to improve the perception of geothermal in the energy industry, service providers are finding ways to decrease the up-front cost of developing the resource.

The African Union, an alliance of 54 countries, announced a plan to mobilize $20 billion to develop at least 10 GW of renewable energy on the continent by the end of the decade. The African Renewable Energy Initiative was announced Tuesday at the United Nations climate summit in Paris.

The large renewable energy company Abengoa, which has been heavily subsidized by the government, is in danger of becoming the country's largest bankruptcy. The company also has a large solar facility in Arizona that has received U.S. government loan guarantees.

Wind farm owners representing 12 percent of global turbine assets have founded a new peer-to-peer online platform, called o2o Wind, dedicated to the exchange of knowledge and experience on operation and maintenance issues. The o2o Wind forum is the first initiative of the kind aimed at fostering wind farm O&M best practice through a collaborative approach.

Nothing in the energy business can compete with oil for volatility, geopolitical drama, or sheer utility. Its low price per barrel, currently under $50, won't last forever. But it may last through the year ahead.

What will the electricity transmission grid look like in 2030? Three major building blocks of ENTSO-E’s pan-European network development plan released

ENTSO-E’s 10-year network development plan or TYNDP is the most complete pan – European plan for the development of the electricity transmission grid.

On Friday 30 October, European Member States approved the fifth network code, and thus made an important move towards more competitive and liquid electricity markets. The draft Regulation on Forward Capacity Allocation was prepared by ENTSO-E in close collaboration with market participants, regulators and the European Commission within the Network Codes programme.

With great excitement the three partners; DONG Energy, the LEGO Group and William Demant celebrate the inauguration of the offshore wind farm Borkum Riffgrund 1 which can provide clean electricity for 320,000 households.

ADOX Energy is a one-stop shop provider for investment and asset management.

ADOX Energy Ltd. is a Swiss based service provider that helps public and private institutions around the globe to navigate today’s energy challenges into opportunities to develop their full potential, invest wisely and achieve sustainable growth.

Based on more than 50 years of collective know-how and the profound experience of its partners, ADOX Energy provides its clients with a thorough understanding of the energy and utility space and an in-depth knowledge of the renewable energy industry.

ADOX Energy focuses on energy / energy efficiency and works with all client groups:

With every client, we look at the business from a chief executive's perspective. We start by asking the right questions and then dig deep into the numbers to unearth the right solutions. We don't settle for off-the-shelf solutions, our approach and recommendations are highly customized. We help clients decide where they want to go and how to get there. And we don't stop there. We make sure those decisions get translated quickly into concrete actions and that the client's teams can convert them into real value for the shareholders.